The Buddy Holly Hall of Performing Arts and Sciences

Imagine enjoying your favorite international artist in the front row of a world-class, acoustically pristine theater. Or relaxing in a luxurious VIP lounge listening to a private performance. Or how about attending an elegant gala with an impressive backdrop of a grand spiral staircase? These visions have now come to light. 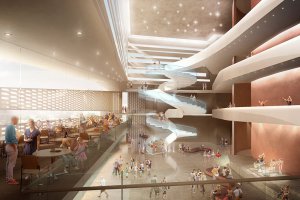 After Lubbock Entertainment \ Performing Arts Association (LEPAA) revealed its plans for development back in 2013, the construction of The Buddy Holly Hall of Performing Arts and Sciences is at last completed.

After several years of envisioning a performing arts venue that would house acclaimed entertainment and revolutionary performances in a facility designed by world-renowned architects, LEPAA has nearly surpassed their monetary goal to construct this 220,000-square-foot campus, thanks to local contributions.

Recently opened and located in the heart of downtown Lubbock and designed for local, national and international entertainment and arts education, The Buddy Holly Hall boasts the following: 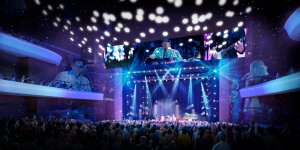 In addition to the artistic influence and educational opportunities this state-of-the-art facility attracts, The Buddy Holly Hall poses a huge economic impact for the “Hub City”. Serving as a catalyst for downtown revitalization, the economic impact of The Buddy Holly Hall created an estimated 1,200 new jobs during construction and now a total of 36 new jobs after opening, with more than $3.7 million impact annually to Lubbock’s tax revenue.

Since The Buddy Holly Hall is privately funded and operated, ALL contributions directly funded construction of the project. A capital endowment alongside innovative partnerships with local arts organizations, public schools and universities, and private corporations allow The Buddy Holly Hall to be financially self-sustaining.

For more information on LEPAA and The Buddy Holly Hall of Performing Arts and Sciences, visit the LEPAA website.

5 Ways to Order a Chilton

The Power of Travel