The wide open spaces of West Texas are known to have inspired musicians, songwriters and performers for decades. The area is home to the likes of Buddy Holly, Terry Allen, the Josh Abbott Band, Flatland Cavalry, Mac Davis and Joe Ely, to name a few. Even world-renowned musicians like Paul McCartney, Garth Brooks, George Strait and Aerosmith have performed in the “Hub City.” Along with the major headliners, Lubbock is known for its intimate live music venues that host shows nearly every night of the week.

Needless to say, Lubbock boasts an exciting lineup in 2018 featuring the likes of Blake Shelton, Brett Eldredge, Natalie Grant and Thomas Rhett. Since the calendar is packed, we’ve put together a list of the biggest upcoming shows from January to April. 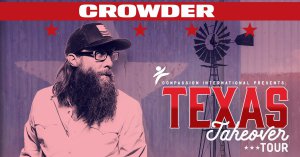 The Texas Takeover Tour featuring CROWDER
Friday, Jan. 19 at 7:30 p.m. | Lubbock Municipal Auditorium
Savor an evening filled with the soulful voice of David Wallace Crowder, American Christian folktronica musician best known for such songs as “I Am” and “Come As You Are.” 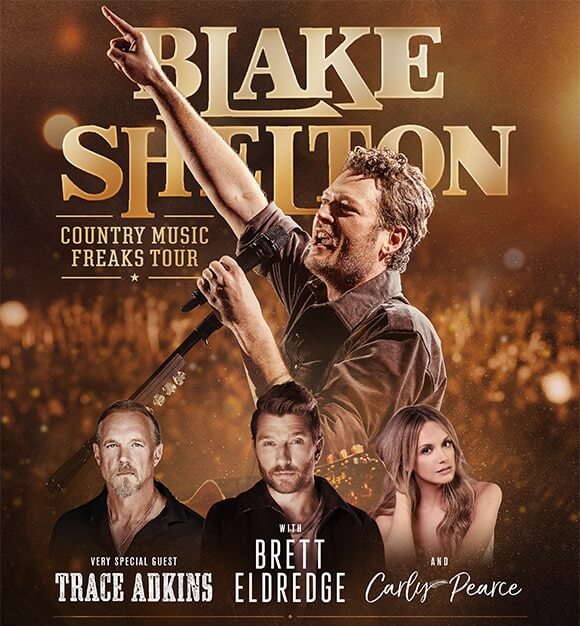 Dailey & Vincent – Live – Full Band
Thursday, Feb. 25 at 7 p.m. | Cactus Theater
Jamie Dailey and Darrin Vincent are two of the most elite entertainers in bluegrass, gospel and country music. They are members of the Grand Ole Opry and have won five GRAMMY awards individually and three collectively. 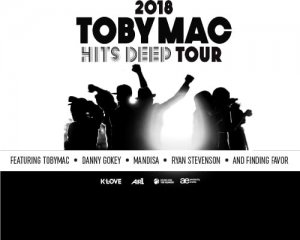 Along with all of these shows, you’ll find local and traveling bands performing almost every night at any of Lubbock’s more than 20 venues in the Depot Entertainment District and throughout town.

Planning on going to any of these shows? We’d love to see you enjoying music in the “Hub City,” so be sure and post pics using #LiveLoveLubbock.