On a cold January day in 2007, Sally Good, a cook and longtime baker, measured out the ingredients for a coconut cake. There was a birthday to be celebrated, and she was never one to stand for anything other than homemade. What started as a celebratory treat became a treat to be celebrated. Now, if you mention coconut cake, foodies across the city know the cake and its Queen well. Nestled in south Lubbock, you’ll find this cake at the “Hub City’s” first traditional French bakery. 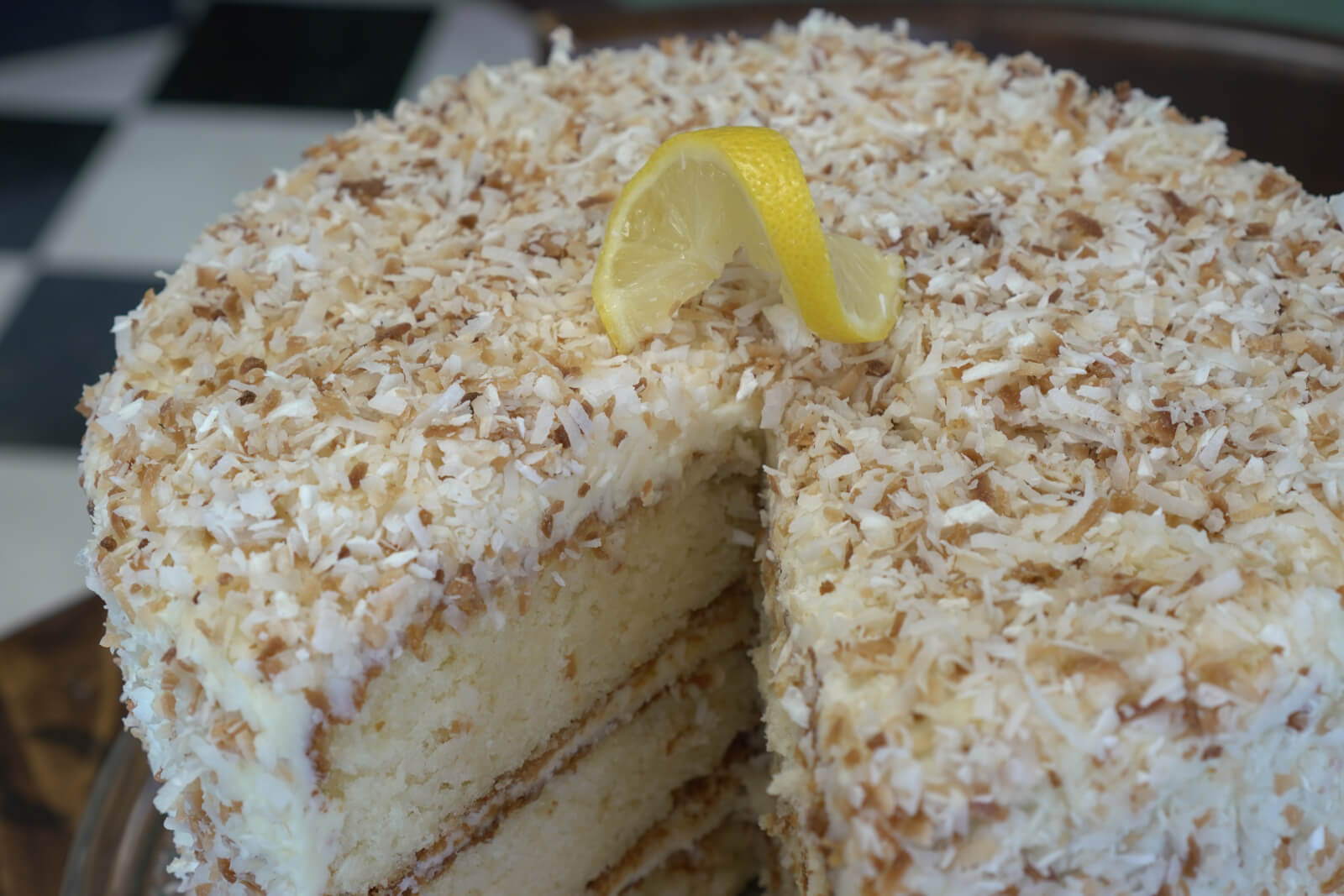 Queen of Tarts Bakery & Cheese Shop is the brain child of Chef Sara North’s mother, Sally Good. Better known as Dr. Good, Sally retired from teaching English at South Plains College to focus on the bakery as well as the restaurant, King Street Pub. What Sally’s former students don’t know is one of Lubbock’s premier chefs learned the art of cooking from her.

Chef North laughs thinking back to her youth as friends would savor traditional American meals like pizza or macaroni and cheese while her mom prepared dishes that would impress even the most stringent foodie snobs. Cooking for her family was a routine that Sally didn’t depart from at any meal time. Chef North recalls a time during her youth when her mother sold delectable homemade cinnamon rolls through a business Sally named Little Red’s.

Ever since those first cinnamon rolls, Sally dreamed of having a bakery. This dream became a reality when the mother-daughter duo opened Queen of Tarts Bakery & Cheese Shop at 8004 Indiana Ave. 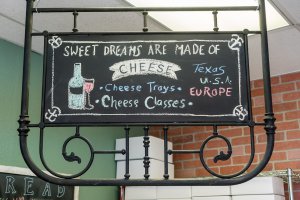 Naturally, a French bakery would offer breads, cheeses, and pastries so Chef North and Sally set to creating the recipes and deciding on the cheese selections.

The shop offers an international selection of cheeses from California to Ireland and England to Austria. While they rotate the selection of cheese, locals have spoken and a few regulars can be purchased at the shop. It’s no surprise the two most popular cheeses are made in-house; try the green chile pimento cheese and the Boursin, which is rolled with cream cheese, goat cheese, and herbs. A few other highlights on the block include: the Red Neck Cheddar brined in Shiner Bock, the Black Knight Tilisit, St. Davis Raclette, and a vintage Irish whiskey cheddar. 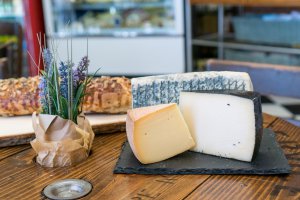 Cheese is sold by the half pound, or if you’re feeling royal, order a Queen or King cheese tray for family and friends to savor.

For those of us who are cheese lovers but miss the mark of a connoisseur, the shop offers cheese classes every month. Learn from the Professor herself about the seven types of cheese at Cheese 101 or take a class on the different pairings of cheese and beer. Every Thursday, visitors sip three wines and sample three cheeses for a happy hour fit for a Queen. 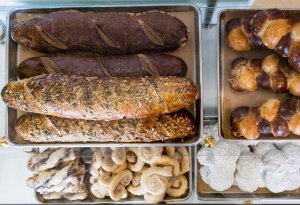 While the cheese selection is impressive for any cheese monger, Chef North’s claim to fame is homemade bread. Whether it’s a traditional French baguette, the Pumpernickel, or a Squirrel loaf, the selection is baked fresh each morning. The shop even stocks King Street Pub with homemade bread for its burgers and a rosemary olive oil bread for the table, which is just as mouthwatering as the coconut cake. 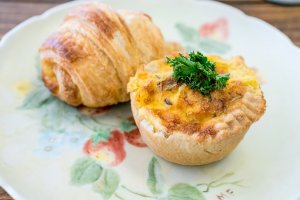 Along with the basket of breads, visitors will always find a selection of homemade cinnamon rolls topped with either cream cheese, iced with pecans, or garnished with Nutella, along with a Danish. Throughout the week, the bakers rotate in other sweet and savory treats such as mini pies, cookies, triple chocolate brownies, Nutella twists, almond and Frangipane tarts, breakfast buns stuffed with hash browns, sausage, egg, and cheese, quiches, croissants, bear claws, cinnamon orange snails, and Palmiers. It’s no wonder the bakers start their day at 4 a.m.

Just as any foodie destination, Queen of Tarts garnered attention by word of mouth. Now that you’re in on the secret, stop by the bakery Tuesday through Saturday from 7 a.m. to 6 p.m. for a pastry or a few specialty cheeses. Visitors can also order Chef North’s treats for an event or meeting with ezcater.com.

As with any good fairy tale, the cinnamon rolls are as big as your face, and the land is full of complimentary coffee for the early risers.