WITH FINE FARE A FOCUS,
AND OUR WINE LIST AN OPUS,
THE HIGH PLAINS BRICKS WERE LAID.
THE EMPTY ROOMS–HOW ATROCIOUS!
BUT WITH VELVET AND OUR HOCUS POCUS,
A TEX-VICTORIAN PALACE WAS MADE.

Just off Indiana, there is a little slice of Victorian paradise – Tex-Victorian, to be more precise. Inside you’ll find opulence and warmth, pattern and texture with a distinct nod to the Texas High Plains. The most telling? A pair of longhorns positioned prominently above the bar. I’m talking, of course, about King Street Pub where Chef Sara North and her culinary expertise reign supreme.

The first thing to know about King Street Pub is that nothing is taken for granted, not even the names of the dishes on the menu, where diners can select from appetizers and entrees with witty, tongue-in-cheek names, such as Poutine on the Ritz, sweet potato fries topped with brisket, chipotle gravy and goat cheese, their London Brisket Falling Down, Bass Ale-braised brisket served with a caramelized onion demi-glace and garlic mashers or their dry-aged ribeye dubbed the Sir Lubbock. I opted for the cleverly named Cigars & Brandy – cigar-sized duck spring rolls served with a snifter of chili sauce perfect for dipping or dousing, whichever is preferred. The spring rolls were crunchy, light and, ultimately, the perfect start to dinner. They also come with a brandied black bean sauce for slight Southwest flair. 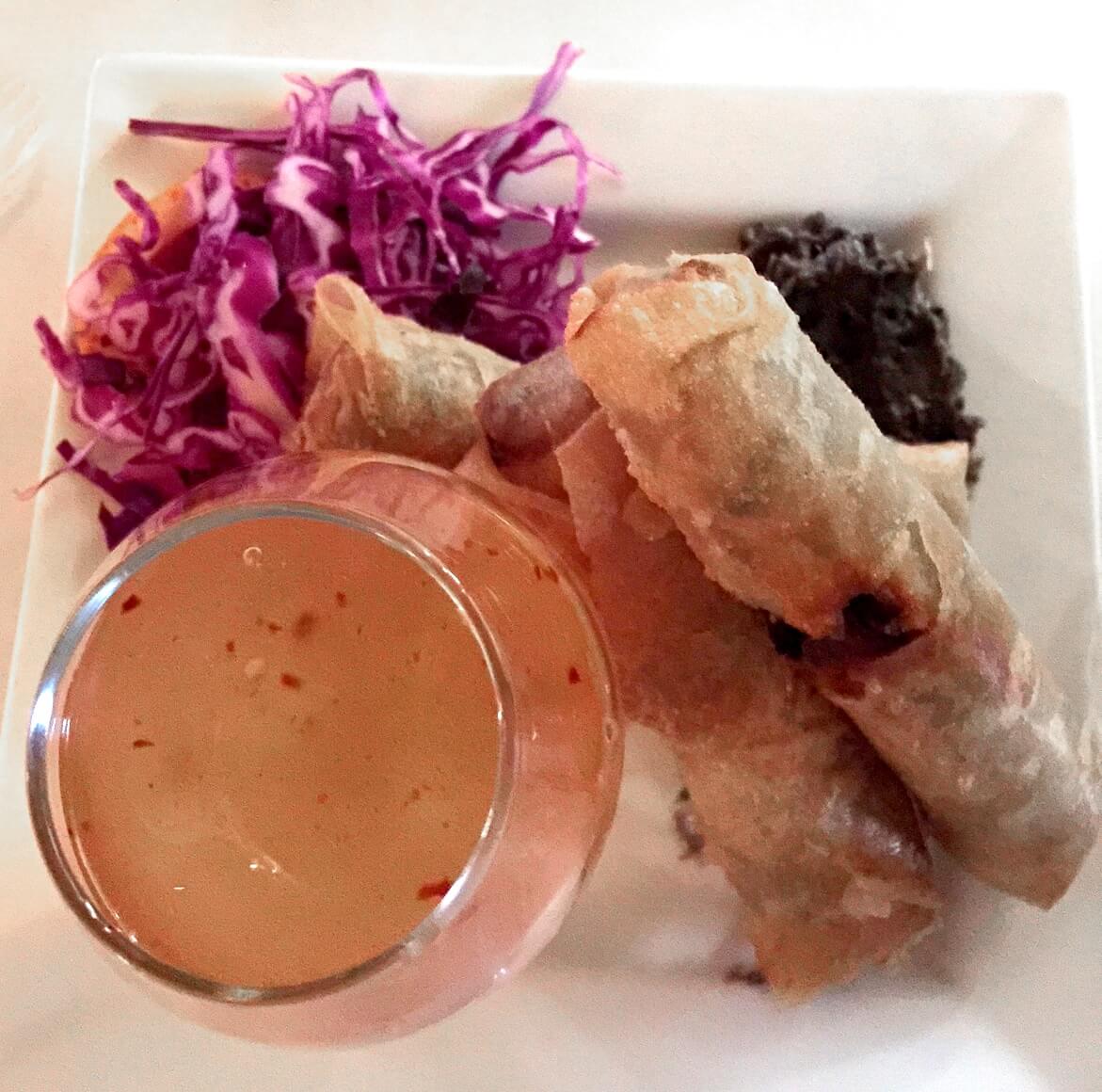 I think an indicator of a good menu is how much time it takes to decide on the perfect entree. At King Street Pub, you’ll find an assort of Chef Sara’s signature pasta plates and an assortment of steak options (perfect for those who can’t decide between Italian or a steakhouse on date night) and a slew of chef specialties. Ultimately I decided on one of the waiter’s recommended dishes – the Mahi Mahi Biryani. As promised, the fish was expertly grilled and the spicy-but-not-too-spicy chutney was the perfect complement to the coconut almond rice. Across the table, my husband enjoyed an eight-ounce tenderloin served with whiskey butter, fried shrimp and mixed garlic fries. A few stolen bites of each later, I can confidently attest to the tastiness of all of the above. 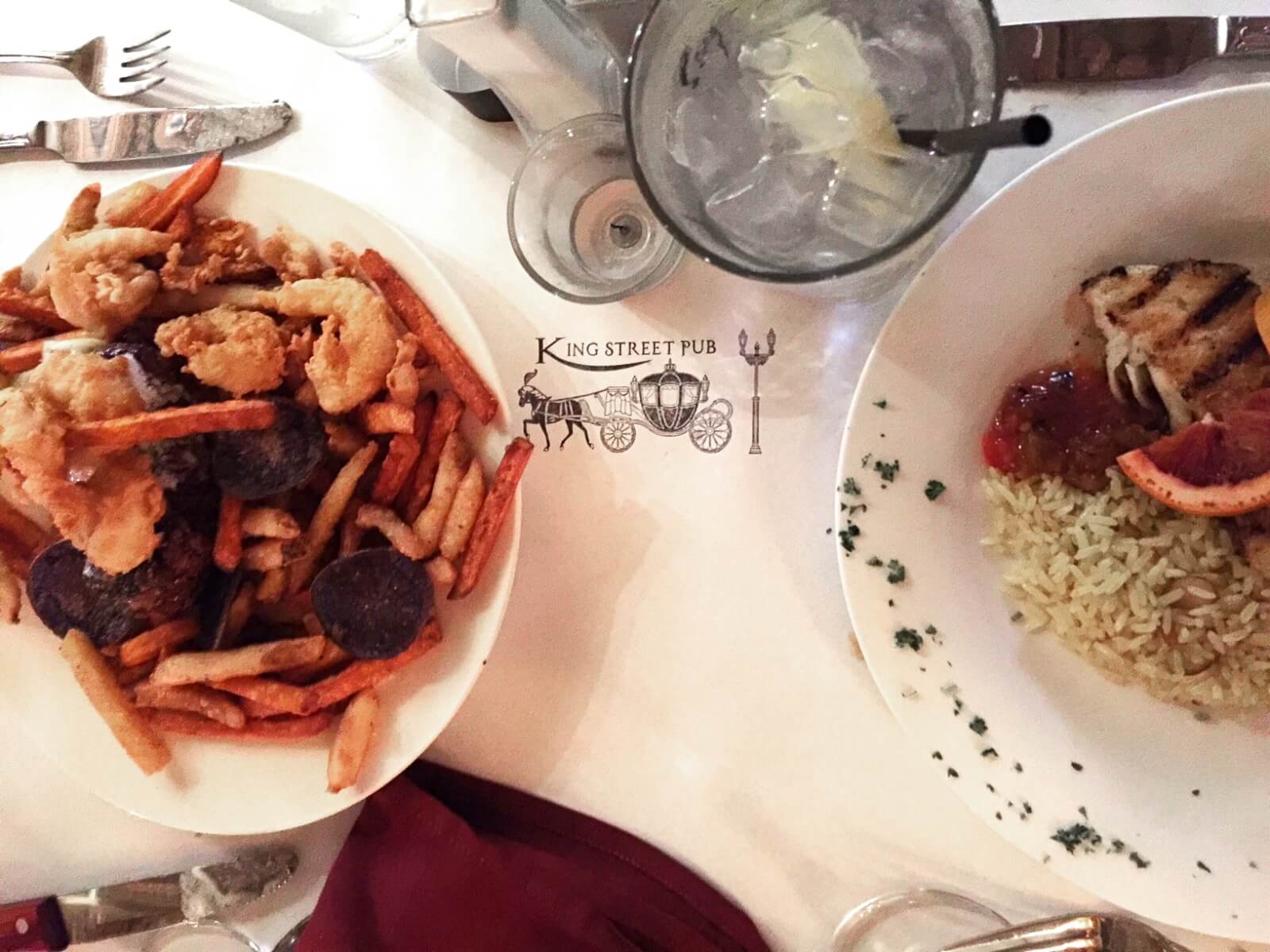 The Prince & Pauper (left) and the Mahi Mahi Biryani (right)

If it’s carbs you crave, our waiter also recommended the Don Eduardo Chicken – linguine pasta with pepperoni-tequila rose sauce paired with a grilled chicken breast. The pasta menu is also home to the Chef Sara’s take on fettuccine alfredo (hint: there’s avocado involved) and the Lobster and Crab Mac & Cheese.

For those craving a lighter fare, the salads are anything but boring. The Avocado Caesar, Grilled Apple & Spinach and Thai Crunch all come in dinner portions, and chicken, steak or shrimp can be added to any salad.

Whatever you choose to order, leave room for dessert. King Street’s dessert options are ever-changing, so if you’re a frequent diner, you’re guaranteed something new but equally delectable each time you sit at the table. During this visit, they were serving cheesecake, an amaretto ice cream and the chef’s signature coconut cake, which, if you’ve ever had it, is practically impossible to pass up. It’s a full three-tiers, covered in coconut and large enough to share if you filled up during the main course. 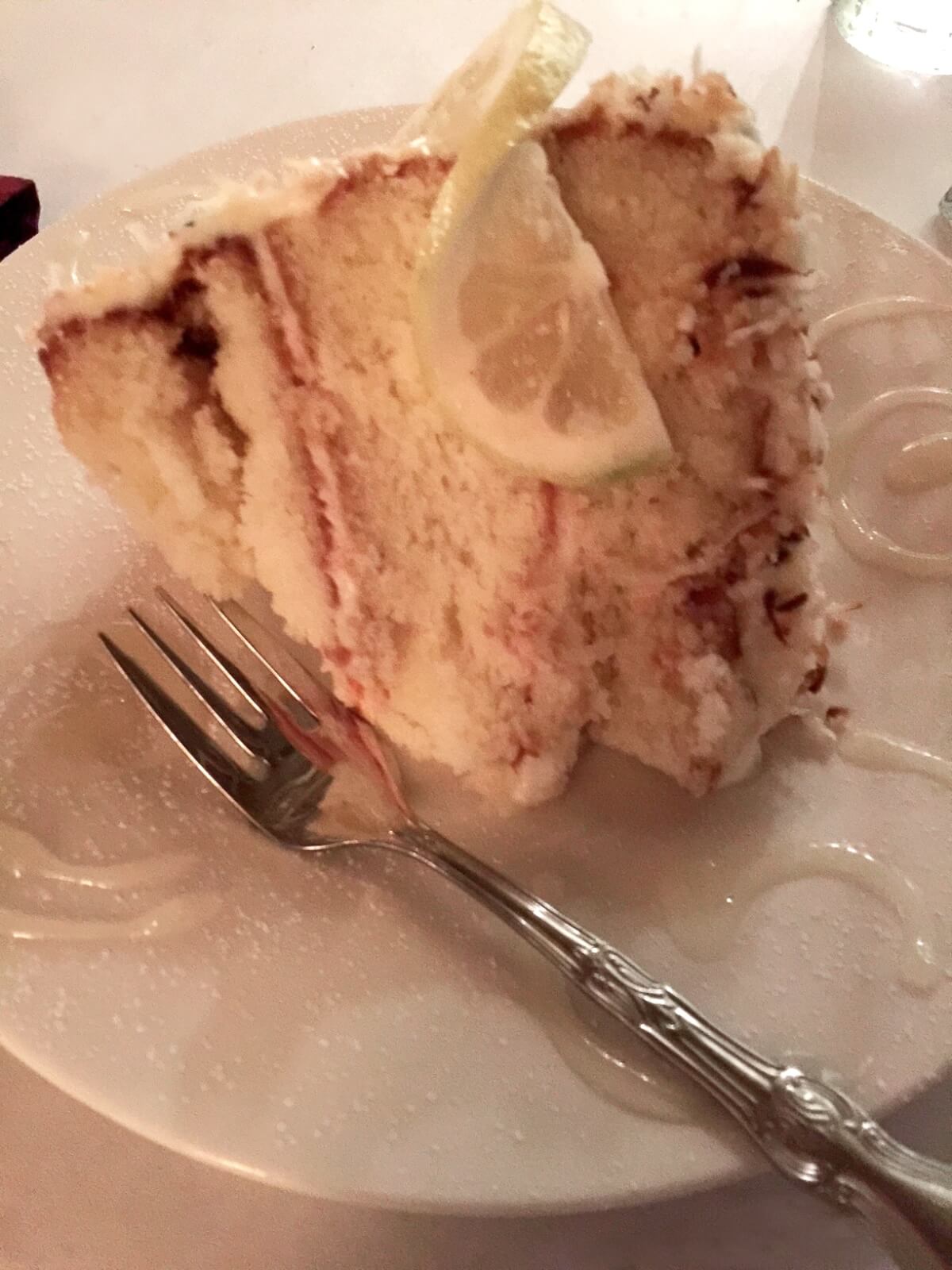 When it was time for the check, it was delivered in a vintage cigarette tin. As mentioned, nothing at King Street is taken for granted. If you’re looking for an outside-of-the-dinner rut, dining experience, head over to King Street Pub for a meal with Tex-Victorian flair and as always, happy dining!