In June 2017, Texas Monthly published their list of the Top 50 Barbecue Joints in Texas highlighting some of the can’t-miss ‘cue from all parts of the Lone Star State. Landing a spot on the coveted list is a sign from above that you are doing something right. The most recent list gave a nod to Evie Mae’s Pit Barbecue naming it No. 9.  The burnt ends, beef ribs and green chile cheese grits were commended as points of interest from the menu.

Owners Arnis and Mallory Robbins were operating a landscaping business in Tuscon, Arizona, when Arnis decided to buy an electric smoker and try his hand at smoking meat. It wasn’t long before Arnis decided it might be more fun to cook with fire and built a large wood-fired smoker.

By 2015, the Robbins had moved back to Lubbock and were operating a food truck in Wolfforth, just outside of Lubbock, and served their now-legendary brisket to a long line of loyal customers. Their guests ranged from a Texas Monthly barbecue editor to Bobby Knight, word quickly spread about “that barbecue truck out in Wolfforth,” and less than 18 months later, the Robbins moved their operations into a brick-and-mortar restaurant, which they named after their daughter, Evie Mae. 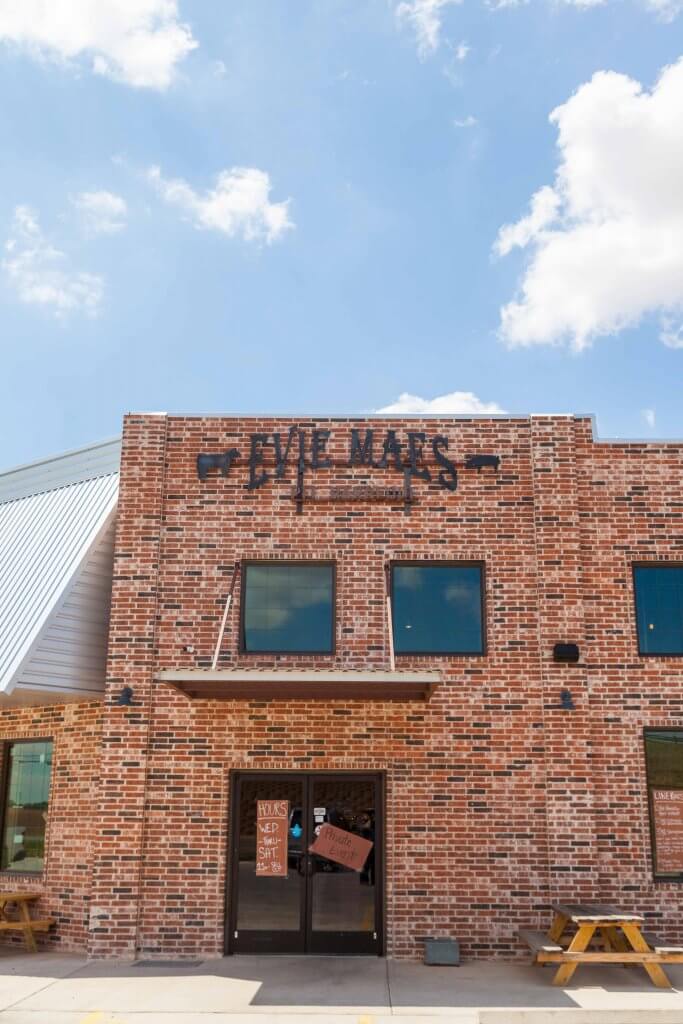 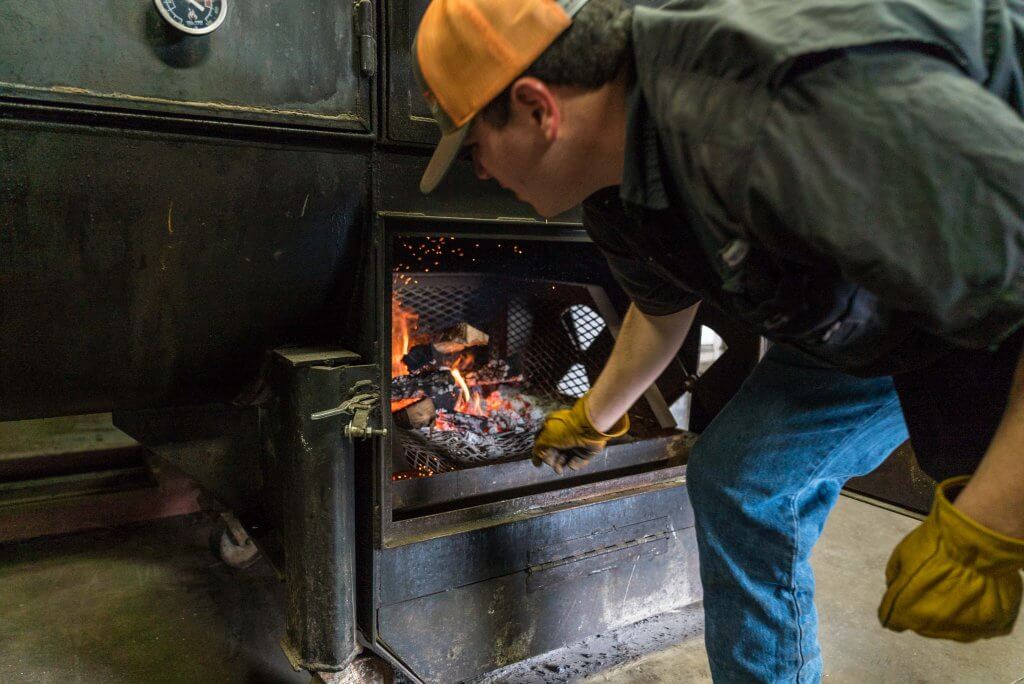 When the restaurant first started out, money was tight, and it was suggested to Arnis that he cut costs by finding an alternative to the Certified Angus Prime beef.  The answer was a definitive no. “We’ll serve top-quality product or fail trying,” he said.

And, let it be known, Arnis and his three pitmasters start with prime-grade certified Angus brisket. The meat is rubbed with coarse salt and pepper then goes in the oak-wood smoker for 12-16 hours. The result is mouth-watering; the meat is juicy, full of flavor and finishes with the perfect contrast of bark. With a lesser brisket, you may trim the fat – you won’t want to do that here. And, before you drench the meat in sauce like an amateur, give it a try on its own. Trust us, you’ll want to keep the sauce where it belongs – next to the napkins. In addition to the brisket, visitors can also sample turkey, pulled pork, pork ribs, beef ribs, and the German, green chile and green chile cheese sausages are all made in-house. 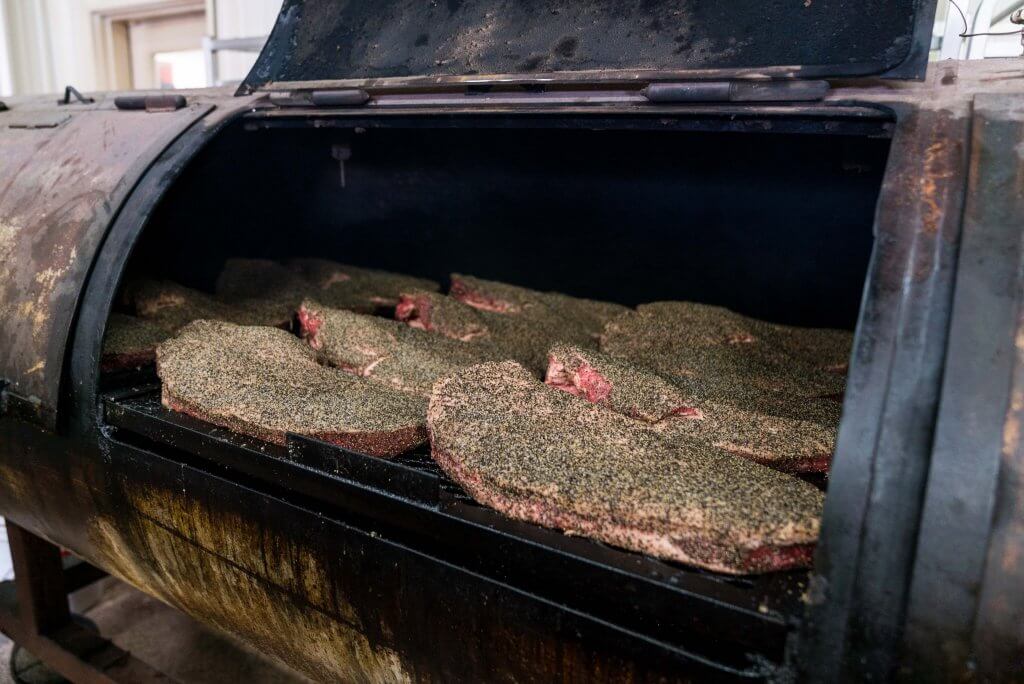 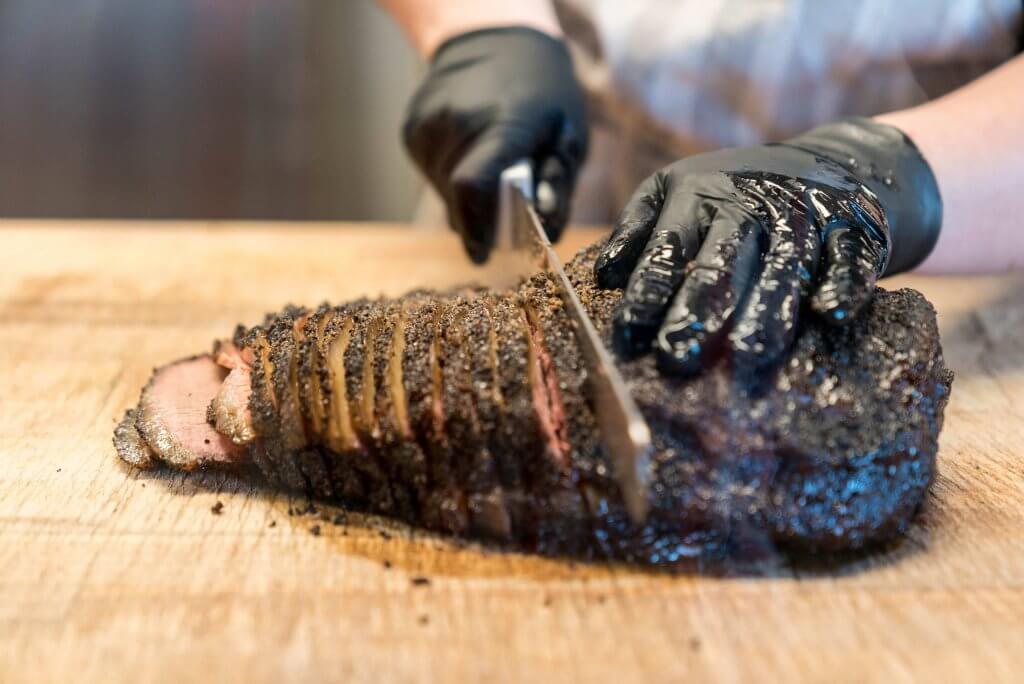 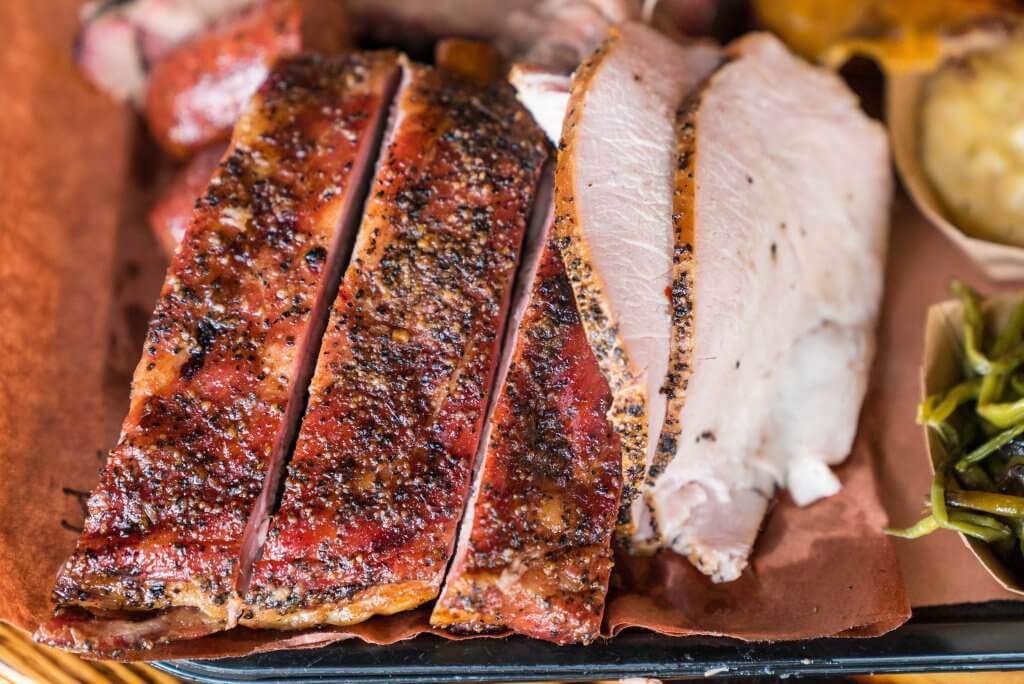 Now, most barbecue aficionados keep their eyes only on the monstrous beef ribs or the melt-in-your-mouth brisket but that would be a mistake. If you’re from the Lone Star state, you’re quite familiar with traditional barbecue sides. At Evie Mae’s, Arnis’ better half, Mallory, drew up a menu of delicious, gluten-free sides that impress such as green chile cheese grits, jalapeno and cheese cornbread, and baked potato salad, to name a few. The list of homemade desserts is just as much a hit with Texas sheet cake, pecan pie, coconut cream pie, strawberry cobbler and more all gluten-free. 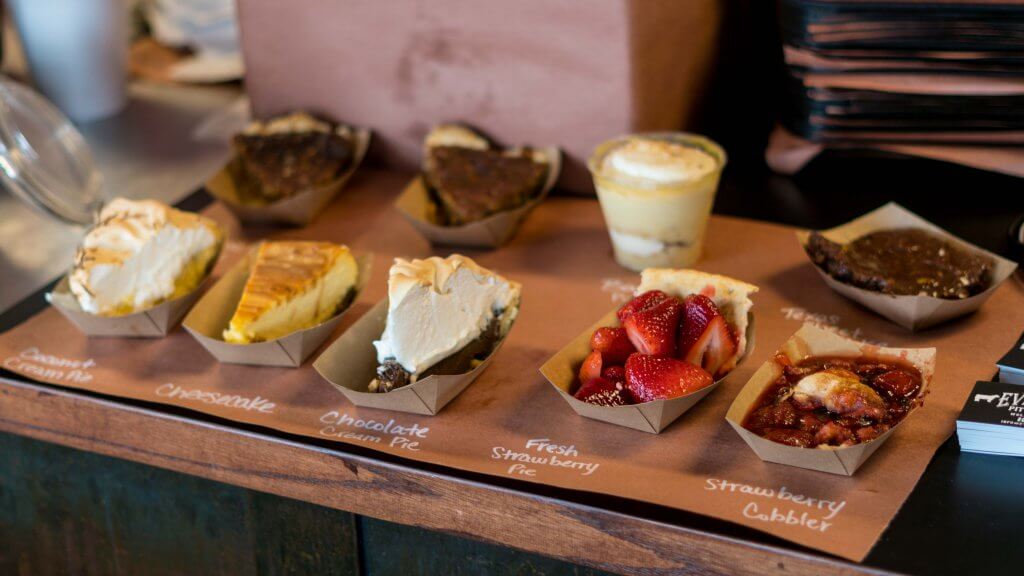 A little unknown fact perhaps: TABC (Texas Alcoholic Beverage Commision) doesn’t mind if you offer free beer at your establishment as long as it’s 100 percent free with no strings attached. It’s something Evie Mae’s is proud to (responsibly) offer their customers as a welcome gesture, but as any local will tell you, no one is there for the beverages. The food draws the crowds!

If you need your event catered, Evie Mae’s has you covered. Their place or yours, drop-off to full service, they can handle parties of any size with a week advanced notice. 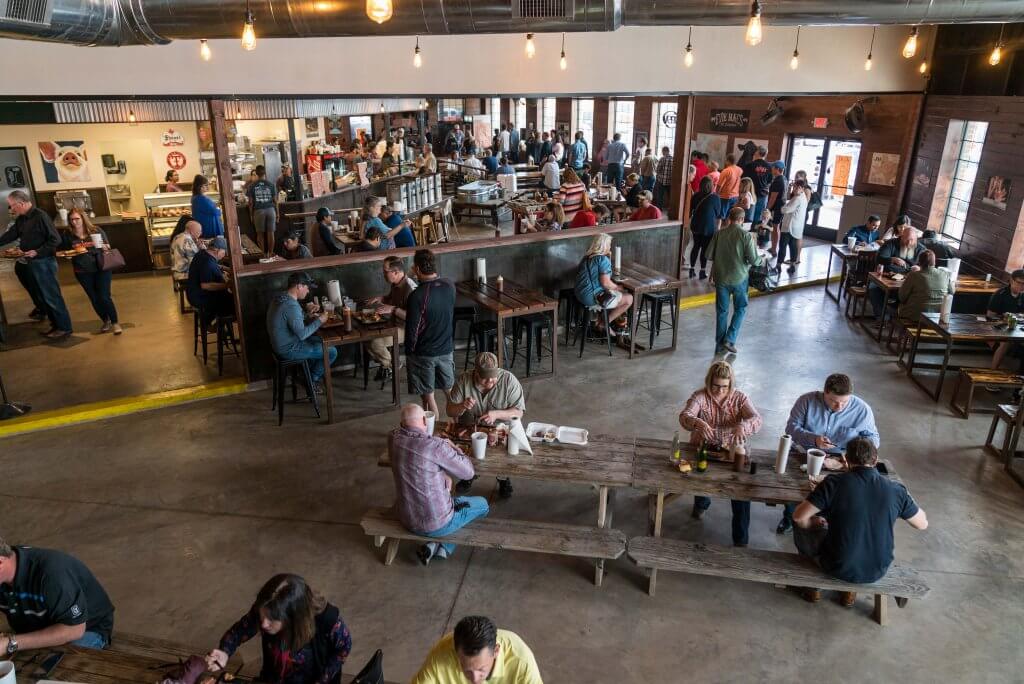 Share your favorite item on the menu with us using #livelovelubbock.

Wednesday through Saturday – 11 a.m. to sell out